What leaving the EU means for UK energy policy

The European Union referendum is tomorrow and we have asked Dr Rob Gross, our Director of Policy, to outline his view on the energy consequences of Britain leaving the EU.

Energy policy isn’t top of the list of topics related to the referendum debate. In fact our Energy Secretary, Amber Rudd, has been so preoccupied with the other issues at stake for a typical Question Time audience that energy has slipped off the agenda altogether for a while. The Department of Energy and Climate Change must be an interesting place at the moment, with the Secretary of State, Rudd, avidly Remain and her junior, Andrea Leadsom, fervently Leave. 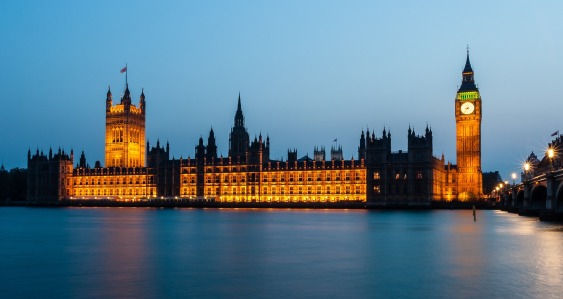 So what are the issues for the energy sector? It is a complex picture. The UK has substantial connections to mainland Europe, both gas and electric. Confusingly we import and export both gas and electricity at different times of the day and year. However on the whole our energy imports from Europe are increasing. This is mainly because reserves of natural gas in the North Sea are declining. We also import gas from Norway, not a full EU member, and some gas in the form of liquefied gas, which is delivered by tanker ship and we buy on a global market. A small fraction of our electricity comes from the interconnection with mainland Europe and we trade a bit of electricity with the island of Ireland. We now get 20% of our electricity from renewables and currently get similar amounts from nuclear and coal. For brevity I’m focusing this blog on gas and electricity rather than oil for transport.

What’s interesting though is that the European Commission on the whole wants to harmonise many of the rules associated with gas and electricity trading and to move to a more liberalised market, like the UK’s. At the same time it has objectives for renewable energy and climate change. Some of these are delivered through policies set at the country level, such as the UK’s Renewables Obligation and Feed in Tariffs for renewable energy, which exist in the UK and many other countries. The policy goals of some member states and those of the Commission can be in conflict. For example some want to protect their domestic renewables industry because it creates a lot of jobs. Others their coal industry, partly for the same reason. The energy debate across the EU is complicated. The Leave campaign sometimes presents the view that there is a single Europe (and everyone in Europe holds one view) and the UK, with another view. Nothing could be further from the truth. However many experts agree that on the whole energy would be more secure, lower cost and easier to decarbonise if we were to increase the extent to which electricity in particular was able to flow across Europe and between continental Europe and the UK.

So what would it mean if the UK was to leave the EU? The first thing that we can be sure of is that the physical interconnections will remain and our economic incentive to use them efficiently, indeed to increase them over time, will remain. We will want to secure trading arrangements which do not disadvantage the UK. In geographical terms Britain is quite literally peripheral to Europe’s energy infrastructure. Unlike Norway we no longer possess gas reserves that are long term politically strategic for the rest of the EU. And unlike Norway it is in our interests to increase our electricity imports, not increase our exports (Norway also has a lot of cheap hydro power that it would like to export). I mention Norway because I believe that the most likely outcome if we do leave would be to take a position like Norway’s where we remain in the European Economic Area but have no say in the formation of the EU’s rules. It seems to me unlikely that the UK will be in a stronger negotiating position outside the EU when it comes to the crucial topic of the trading arrangements related to energy supplies. Whether that means that we end up with higher energy prices remains to be seen. How this impacts not just investment in interconnection but also domestic generation capacity also remains to be seen.

Some in the Leave camp also argue that if Britain were out of the EU we would no longer be obliged to follow EU Directives related to climate change, renewable energy or emissions of other pollutants. This is possibly true, though again not if we follow the Norwegian model where we abide by EU rules in exchange for free access to the EU market. But the UK also has ambitious domestic aspirations on climate change in particular. With cross party support Britain’s Climate Change Act sought to set an example to the world with its ambition to tackle this global problem. To be absolutely clear the Climate Change Act was not foisted upon us by Europe. It is a UK policy and we have often encouraged the EU to be more effective, not less, on climate, for example in pushing for a more effective emissions trading scheme. Perhaps this too will change. Perhaps Britain will decide to pursue a more polluting energy strategy. I know that I am not alone in hoping that it does not. Even if Britain decides it wants ‘energy independence’ based on shale gas (for example) this can’t happen overnight, in fact it will take many years, might not prove feasible at scale, is already deeply unpopular and is almost certain to be more expensive.

If we leave the EU it will be up to the British government, and the British people, to decide whether the UK still wants to lead on climate change. What seems incontrovertible is that in the energy arena, as in so many parts of the economy which are exposed to external trade, victory for Leave creates uncertainty, risks instability, weakens the UK’s negotiating position and, at least in the short term, discourages investment. This is my expert view. I know that some in the Leave campaign have ‘had enough of experts’. It probably won’t surprise you to learn that I’m voting to Remain. 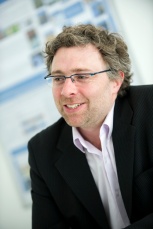 Dr Sheridan Few has written a complementary piece over on the Climate & Environment at Imperial blog, Balance of power: How Brexit would affect the UK energy sector.