The Grand Duchy of Luxembourg: Over-Saturated and Polluted?

On Friday our students host the Sustainable Energy Futures Annual Conference 2019 to present their thesis work. To give you a taste of the kind of research that will be presented we have a blog from a student on the course, Joana Barragan, about some coursework done as part of the year.

At the tail end of last year Luxembourg announced it would make all public transport free so Joanna (a native of the country), with help from her classmates Jaffer J. Al Bahrani, Javier Baranda Alonso, Lenos Peratitis and Maxime E. Rousseau, created a sustainable transport strategy for the country. Here Joana outlines the ideas they have and you can also download a series of slides as a PDF from a talk they gave on the idea.

Luxembourg: a tiny landlocked country with sky-high wages, home to major European institutions, a tax haven for businesses, fostering one of the most multicultural peoples in Europe. Luxembourg has established itself as the premier banking centre in the Eurozone and a reference for international business activities. Many people are also attracted to country’s strategic location at the heart of Europe, with France, Belgium and Germany as bordering neighbours.

The downside of it all is the fact that the cost of living in Luxembourg is much higher than in any neighbouring country and thus, 33% of Luxembourg’s workforce chooses to settle outside of its borders and commute every day into the heart of the duchy. On the surface, this is not a big deal as fuel prices are comparatively low in Luxembourg – 25% lower on average.

However, this has made individual private transportation the predominant choice, causing the main highways to get heavily congested daily. In fact, Luxembourg has one of the highest number of hours per capita in traffic jams compared to other EU countries, and it generates massive amounts of CO2 and NOX emissions, affecting climate change, air quality and thus human health.

As of today, in Luxembourg CO2 emissions are 160% greater per capita than the EU average (60% of which come from the transport sector) and NOX emissions exceed EU limits by 150% per capita in the city (to which transport contributes 75%), a major concern for local authorities.

The congestion problem and how Luxembourg responds to it

The European Commission has outlined the main milestones towards Transport 2050 with aims to increase mobility whilst reducing emissions. The goal is to halve the use of conventionally-fuelled vehicles and achieve CO2-free movement of goods in major urban areas by 2030. A complete phase-out is planned out in major cities by 2050. For Luxembourg this will be a major challenge.

The country is becoming too small for its own good. About 200,000 people (almost double the number of Luxembourg City’s inhabitants) cross the borders daily and, as aforementioned, the majority commute by car (Figure 2) at a very low occupancy rate of 1.2 people per vehicle. In parallel, available parking infrastructure is not able to sustain current demand, which is expected to increase further in the near future. Meanwhile, the highly subsidized public transport infrastructure is overcrowded by commuters, whereby trains are fully saturated at peak-hours.

Several strategies have been announced by the Luxembourgish government to deal with the growing transport needs and to meet European transport and mobility targets.

To tackle high congestion at peak-hours and the projected growth, the 2025 Sustainable Mobility Strategy has been introduced in Luxembourg to expand public transport capacity by 20% within the next 5 years. By 2025, the Luxembourgish government wants to double current Park & Ride capacity, add 350 bus routes, increase the overall train capacity as well as frequency, reorganize the rail network and add a High Occupancy Vehicle (HOV) lane on one of the highways leading to the city. Additionally, the government is looking to promote alternative modes of transport, and subsidies are allocated as a transitional measure for electric (5,000€) and hybrid (2,500€) vehicles. There are plans to install 1,600 EV charging points to encourage EV adoption at a faster rate.

In December 2018, the Government announced that public transport will be free from 2020 to promote its unrestricted use. To improve the city’s air quality, 10 to 30 city buses are being replaced on a yearly basis to meet Euro V emission standards. Additionally, all new taxis and buses will need to be electric. To further enhance in-city transport, the new LuxTram is currently in operation across 3 km, awaiting an expansion across a 16 km range by 2022. The city is also looking to massively increase the cycling infrastructures, including fleet, bike lanes and stations.

Is this policy-making truly impactful and effective?

Our team concluded that the current transport infrastructure is not enough to meet the growing stress upon the transport system, and that the policies are not radical enough to accommodate the expected changes for 2050. Here are the reasons:

The first is the alarming figure of 1% of “frontaliers” who use the bus (Fig 2), a consequence of the low punctuality rates and frequency of the service, which effectively needs to be improved through a smarter service management and priority lanes in highways to avoid traffic and further encourage its use. On another note, it is believed that making public transport free will not make a substantial difference, as tickets are already highly subsidized and parallel plans for infrastructure expansion do not accompany the projected growth in users.

Another issue is that vehicle parking requirements will not be met even after the plan to expand parking spaces country-wide. After analysing this issue, the team decided to use this as a means to encourage EV adoption, further discussed below. Whilst economic incentives for electric vehicles are powerful instruments to encourage fast adoption, their price remains too high for many (even if subsidized) and their integration is not always fully considered. Below, we propose a different approach to encourage EVs and provide user benefits in the transition towards the electrification of transport.

Finally, all of the proposed strategies miss out on the vast opportunities that data acquisition offers in terms of optimization, efficiency and savings – both in terms of cost and emissions. All of these are further outlined in our transport and mobility proposal below.

The path to sustain Luxembourg´s growth

We propose the following set of policies to directly tackle the aforementioned issues divided into short (2020), medium (2030) and long-term (2050):

It is advised to deploy HOV lanes in all major highways leading to the city – in order to enhance the use of EVs and public transport – with real-time management to make the benefits of HOV lanes visible. This solution, already implemented in the US, Canada, UK and Australia, is estimated to reduce vehicles by 30%, increase the use of public transport by 75% and reduce emissions by 30% per capita. Furthermore, the automatic electronic toll collection system (used in Singapore and Dubai) would charge automatically according to vehicle compliance with Euro V emission standards and could help reduce changes in driving cycles, thus decreasing traffic emissions by 15% and increasing public transport use by 17%. This control technology should also be implemented for entry into Luxembourg City specifically, with charge exemption for public and electric vehicles. According to a case study conducted in Stockholm, traffic would decrease by 20% in the city and would strongly encourage EV adoption. Lastly, 30% of in-city parking spaces should be provided with electric charging stations and be reserved for EVs only. They would also be exempted from paying the high parking fees common in Luxembourg cities.

The area for Luxembourg City should become a restricted Low Emissions Zone to improve air quality and reduce PM2.5 and NOX concentrations. In parallel, it is imperative that the Park & Ride capacity undergoes further expansion to avoid sanctions in the city and to sustain the growth in cross-border employees. Additionally, EV-reserved parking spaces should be increased to 50% by 2030.

100% of in-city parking spaces should be restricted to EV parking and charging. By this time, the Intelligent Transport System (ITS) should also be operative as the adoption of EVs by then should have increased substantially and autonomous vehicles (AVs) will be in crescendo, laying the ground for an effective data acquisition network and create new ways of mobility information structure (V2V, V2C and V2I tech). Through optimization, the total CO2 reduction potential is 30% only through traffic management with a fast technology deployment, further discussed in the succeeding section.

These policies and their quantified benefits (Figure 3) would induce real impact towards solving congestion, reducing emissions and make Luxembourg a pioneer in smart city technologies.

We have further analysed the CO2 emissions reduction resultant from an Intelligent Transport System (ITS) implementation with different deployment rates: normal EV and AV adoption, moderate adaptation and fast technology integration, as shown in Figure 4.

Our team believes that Luxembourg has the potential to become one of the first smart cities and assume a leading role in developing these technologies due to its small size, readily available capital and interconnectivity. We propose an ambitious evolution of Luxembourg as a smart city with three main phases, including investment, integration and innovation stages as shown in Figure 5. Consequently, we believe cybersecurity and digital privacy policy will take a larger stake in policy debate. We have also concluded that there is a greater need for stakeholder collaboration discussing new business models and creating a new approach to mobility management.

Transport in Luxembourg is key to the nation’s economic success, given that a large share of its workforce lives beyond its borders. Considering its small size and the pressing need for interconnectivity, it should be one of Luxembourg’s top priorities to enhance their network through infrastructure, quality service, data acquisition and management. Luxembourg should become an innovation pioneer and smart city idol to Europe and the world.

Our research shows that the policies currently proposed are insufficient to meet Luxembourg’s and the European Commission’s targets for 2030 and 2050. A set of solutions have been proposed based on successful implementations in other countries such as the UK, the US, Australia, Canada, United Arab Emirates, Sweden and Singapore. Lastly, we bring to the discussion which features make Luxembourg a suitable landscape for the development of smart city technologies that can significantly enhance transport efficiency and increase mobility whilst decreasing overall emissions.

We must never forget that we need effective debate, policy-making and action towards attaining goals, but this reifies a greater impact when it goes hand-in-hand with the will to set an example, to pioneer, to lead. The small can still lead big changes and we look forward to seeing what more this little country has to offer. 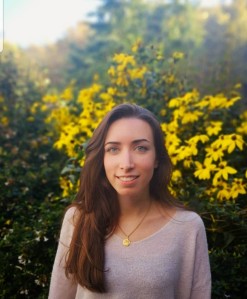 Joana Barragan was born and raised in Luxembourg, half-Spanish half-Portuguese. She moved to London in 2012 to study Sustainable Energy Engineering at Queen Mary University of London and took a year abroad at Nanyang Technological University of Singapore. Seeking to improve on her managerial skills she undertook in 2015 the MSc in Engineering with Finance at UCL.

After working for almost 2 years at IDOM, a Spanish consulting company in the Industry 4.0 department, she got accepted into Imperial College London to undertake the MSc in Sustainable Energy Futures.
Her ambitions are oriented towards the energy sector and to lead the industry responsibly. She is passionate about the potential of emerging technologies such as blockchain in energy, she enjoys learning languages, and loves getting involved with the opportunities that surround her, such as writing for the Energy Journal.